Last week was all about my daughter, this week was about my son.  His turn to make some special choices and choose parts of him he'd like to showcase and remember.

Day 1 - He currently loves the top of the Prudential Center in Boston.  He loves to be up high, to look at the city, to enjoy the exhibits they have there.  We combined it with a trip to Max Brenner (fabulous chocolate themed restaurant) for lunch.

Day 2 - He switched from alto sax to bassoon a few months ago.  It's a complicated instrument in every way from assembly to playing it.  And it's huge!

Day 3 - This is his second year tapping our maple trees.  He loves to cook, he loves to create, and maple syrup is just another way to do just that.  It is so yummy, so much better than purchased.

Day 4 - He has a pet tarantula - more specifically, a Mexican Red Rumped Tarantula named Pepe'.  He wants to be an entomologist one day so every year he treks to Cornell for "Insectapalooza" where this (not so) little guy came from.

Day 5 - He also takes Russian, he has such a knack for languages.  He also is fantastic at acting.  His Russian class taped a play at the local high school this week.  He played the part of a teacher.

Day 6 - He wanted to chase a sunset one night.  We were a little late, but was I was able to catch a silhouette of him.

Day 7 - His favorite restaurant these days is a conveyor belt style sushi spot.  You sit at your booth and tons of different types go by you and you just take what you'd like and pay at the end.  Every plate is color coded for price.  His sister enjoyed PB&J sushi instead :).

I'm still not sure what this next week will bring, perhaps I'll do a week on me! 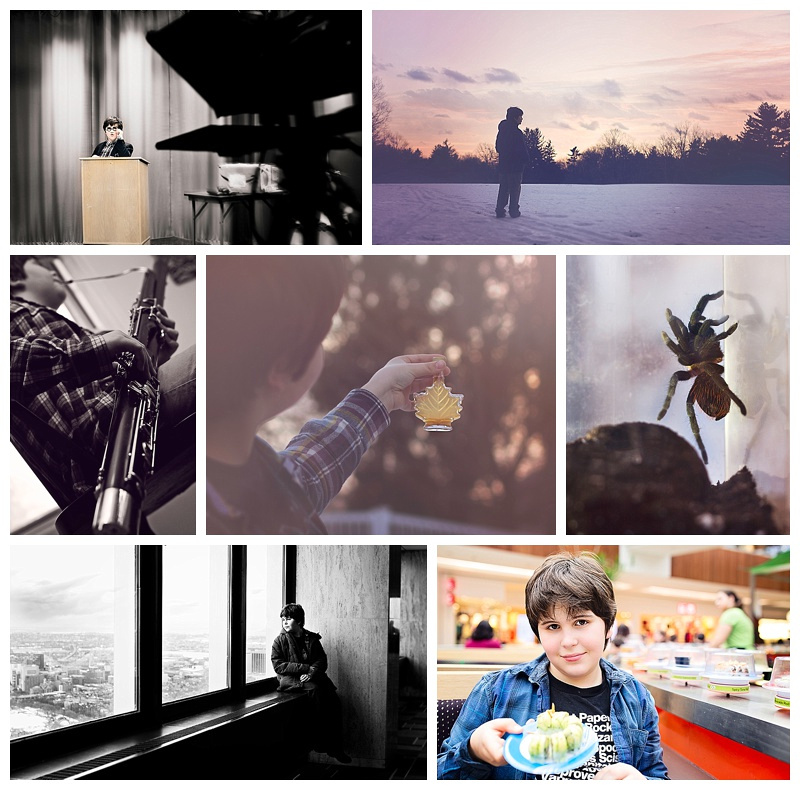